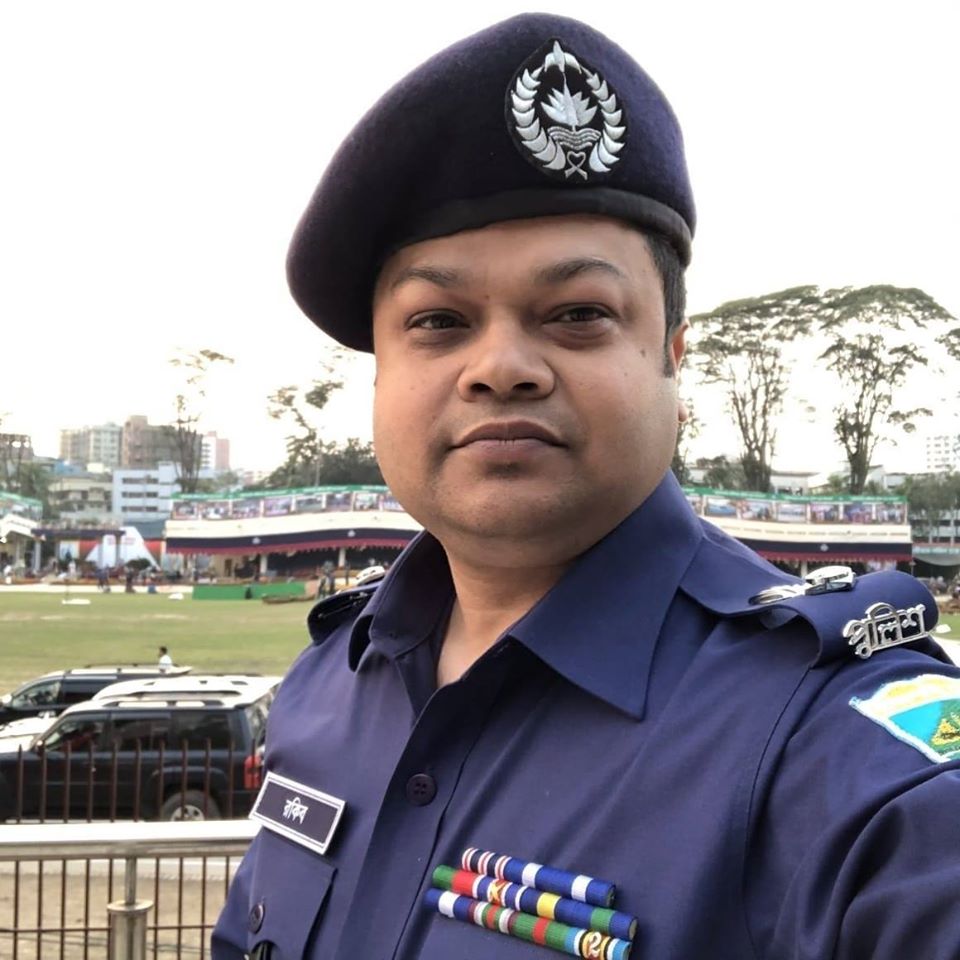 I would like to extend my heartfelt and warmest welcome to the official website of Bangladesh police, Rajshahi Range. We are dedicated to crime prevention, crime control and crime detection in bringing the offenders before judicial system. But with the advancement of ICT, crime patterns and criminal behaviors are subjected to change. Accordingly traditional policing is changing to keep peace with the criminal behavior and activity. Now a days, policing is community based, problem solving and pro active oriented. Bangladesh police is working to transform itself from a police force to a police service and in this regard implementation of the concept "digital policing" would help in meeting the objective to serve the people. It is expected that the approach of digital policing will assist to develop a new model of effective policing to pursue the criminals, protect the vulnerable and surely to reduce the rate of crimes to make Bangladesh a better and safer place to live in which is the ultimate vision of Bangladesh police. Alighning with the policy of vision 2021 and digital Bangladesh, Bangladesh police is progressively marching ahead to provide cost effective and sustainable ICT based services to the community and help to win the trust and confidence of the people. I hope this website would be able to facilitate the people to interact with the ICT based activity of the police of Rajshahi Range. I also hope and believe that this website would be able to implement the vision 2021 and the dream of digital Bangladesh.

Chapainawabganj was one of the sub-divisions of the former Rajshahi zilla. Chapai Nawabganj was part of ancient Gour capital. It is said that this area had strategic and commercial importance due to its location at the junction of the rivers Mahananda and the Ganges. Because of its importance, Alivardi Khan founded Nowabganj town which in course of time known as Nawabganj. Until 1947, Nawabganj was a thana under Malda district, India.

The gateway of North Bengal, Malda was once the capital of Gour-Banga, with 3456 km² of land classified as Tal, Diara, and Barind. Malda awaits the advent of tourists and people of archaeological interest with its wealth to be enjoyed and its huge potential to be explored.This portion of the earth is washed by the waves of the rivers Ganges, Mahananda, Fulahar, and Kalindri. It has witnessed different empires which were raised, flourished, and then cast down near oblivion by a successor kingdom built up on the relics of its predecessor. Panini mentioned a city named Gourpura, which by strong reason may be identified as the city of Gouda, ruins of which are situated in this district. Examples are legion of the relic of a predecessor kingdom being used in the monuments of the successor kingdoms. It had been within the limits of ancient 'Gaur' and 'Pandua' (Pundrabardhana).These two cities had been the capital of Bengal in ancient and medieval ages. The boundary of Gour was changed in different ages since 5th century BC. Its name can be found in Puranic texts. Pundranagar was the provincial capital of Maurya Empire. Gour and Pundrabardhana formed parts of the Mourya empire as is evinced from the inscriptions, Brahmilipi on a seal discovered from the ruins of Mahasthangarh in the Bogra District of Bangladesh. Hiuen Tsang saw many Ashokan stupas at Pundrabardhana. The inscriptions discovered in the district of undivided Dinajpur and other parts of North Bengal along with the Allahabad Pillar inscriptions of Samudragupta clearly indicate that the whole of North Bengal as far east as Kamrup formed a part of the Gupta empire.After the Guptas in the early 7th century AD, king Sasanka of Karnasubarna as well as the king of Gaur ruled independently for more than three decades. From the middle of 8th century to the end of 11th century, the Pala Empire ruled Bengal and the kings were devoted to Buddhism. It was during their reign that the Jagadalla Vihara (monastery) in Barindri flourished paralleling with Nalanda, Vikramshila, and Devikot.

The Pala Dynasty yielded to the emergence of Sena Empire. The Sen rulers were Hindus and in the habit of moving from place to place within their kingdom. At the time of Lakshman Sen Gour was known as Lakshmanabati. The Sen kings ruled Bengal till Bakhtiyar Khilji conquered Bengal in 1204 AD. Thereafter the Muslim rule lasted for about five hundred years. Sirajuddaulah was defeated by Lord Clive at the battle of Plassey in 1757, which marked the beginning of British rule. From ancient times, rulers of various origins, religions, and dynasties left imprints of their times on the earth in this district. Those who left ruins and relics speak of past pomp and grandeur, and hold interest for archaeologists and tourists.This district, Malda, formed in 1813 out of the outlying areas of Purnia, Dinajpur, and Rajshahi districts. At the time of Dr. B. Hamilton (1808–09), the presents thanas of Gazole, Malda, Bamongola, and part of Habibpur were included in the district of Dinajpur and the thanas of Harischandrapur, Kharba, Ratua, Manikchak, and Kaliachak were included in the district of Purnia. In 1813, in consequence of the prevalence of serious crimes in the Kaliachak and Sahebganj thanas and also on the rivers, a joint magistrate and deputy collector were appointed at English Bazar with jurisdiction over a number of police stations centred around that place and taken from the two district. Thus the district of Malda was born.

The year 1832 saw the establishment of a separate treasury, and in 1859 a full-fledged magistrate and collector was posted. Up to 1876 this district formed part of Rajshahi Division, and from 1876 to 1905 it formed part of Bhagalpur Division. In 1905, it was again transferred to Rajshahi Division, and until 1947 Malda remained in this division. In August 1947 this district was affected by the Partition of India. Between 12 and 15 August 1947 whether the district would become part of India or Pakistan was unknown, as the announcement of the Radcliffe Line did not make this point clear. During these few days the district was under a magistrate of East Pakistan until the details of the Radcliffe award were published and the district became part of West Bengal on 17 August 1947. Five thanas were given to Pakistan under the district of Rajshahi which later formed as Chapai Nawabganj.